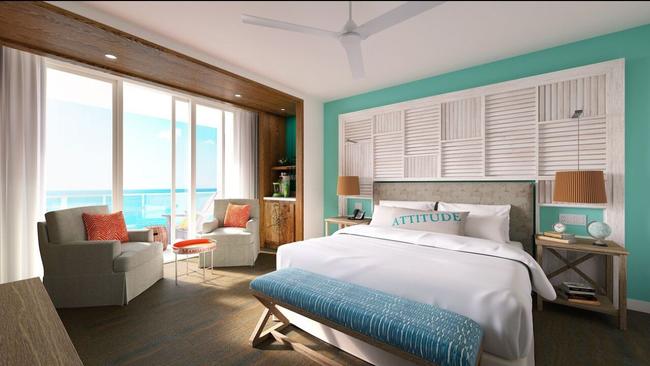 There is a new “Margaritaville” Hollywood Beach Resort that is now taking reservations. The hotel is located in Hollywood, Florida.

Rates at the 349-room resort on the Broadwalk begin at $259 a night, a hotel spokeswoman said.

The resort includes 151 king rooms, 154 queen rooms and 44 suites, along with the Jimmy Buffett Suite and the Coral Reefer Suite, which will occupy the penthouse level of the 17-story resort, writes the Sun-Sentinel.

The $147 million Margaritaville, at Johnson Street and State Road A1A, will include eight restaurants and bars, oceanside pools, a FlowRider wave ride, spa and fitness center and 30,000 square feet of convention space.