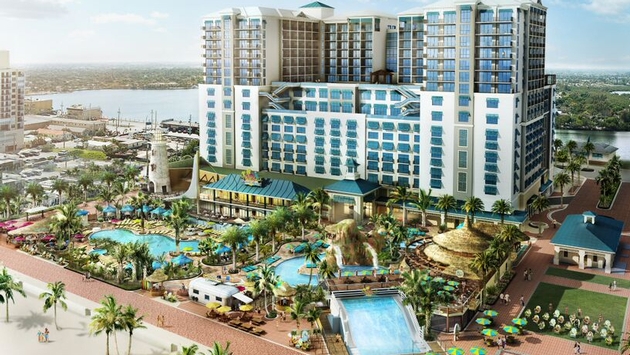 In an age when lifestyle hotels are all the rage, the CEO of Margarita Holdings, the company that manages the Margaritaville hotel brand, believes the company has a considerable edge over the competition.

“Margaritaville is about a lifestyle, and we’re providing that lifestyle through the hotel experience,” said John Cohlan. “I like to say that the soundtrack of family vacations for the last 30 years has tended to be our music. When you come to Margaritaville you’re walking into a way of life that you are familiar with – which is why you’re going there.”

From Cohlan’s point of view, the $170 million Margaritaville Hollywood Beach Resort, which is set to make its debut in October, serves as a case in point. “To me, it’s the most iconic project we’ve done in 20 years,” he said, adding that the Broward County, Fla. 17-story property will four pools, a FlowRider Double and a considerable number of branded food and beverage outlets, including the License to Chill Bar and the 5 o’Clock Somewhere Bar & Grill.

One of the 349-room resort’s strongest selling points is Atlantic Ocean-Intracoastal Waterway location. “We’re in South Florida directly on the sand, which is very hard to do,” said Cohlan.