PLEASE NOTE: The Resort will be undergoing a suite renovation scheduled from *10/27 – 01/28/2020. The lobby level and Resort amenities will continue to be open for business and are not impacted by construction. In an effort to reduce any inconvenience to our guests, times for construction on guest room floors will be limited to 9:00 am to 6:00 pm. *Renovation dates are subject to change. 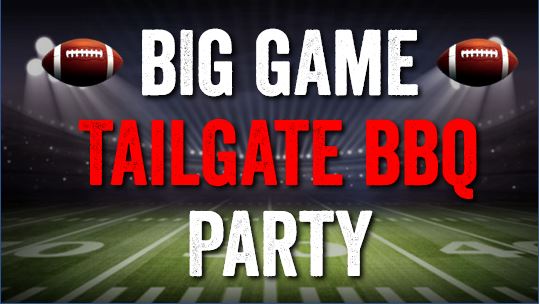 We will be showing Super bowl LIII on the big screen starting at 6:30PM

Arrive early, as the pre-game party starts much earlier than the game itself!

We’ll kick off our Tailgate BBQ party at 2pm, alongside live reggae entertainment from DJ Radcliff and Visions Band.

Tailgate Sides Dishes Include: Coleslaw, Potato Salad and Corn on the Cob.

Additional food specials will be available, as well as 120oz Blender Towers of beer or freshly made margaritas

We will be offering our signature menu in addition to the Tailgate BBQ menu.

At 6pm, the live music will stop as we transition over to the Big Screen, where we’ll be streaming the Big Game LIVE.

Limited VIP Tables are available, including both 6-person Tiki Huts and 4-person tables 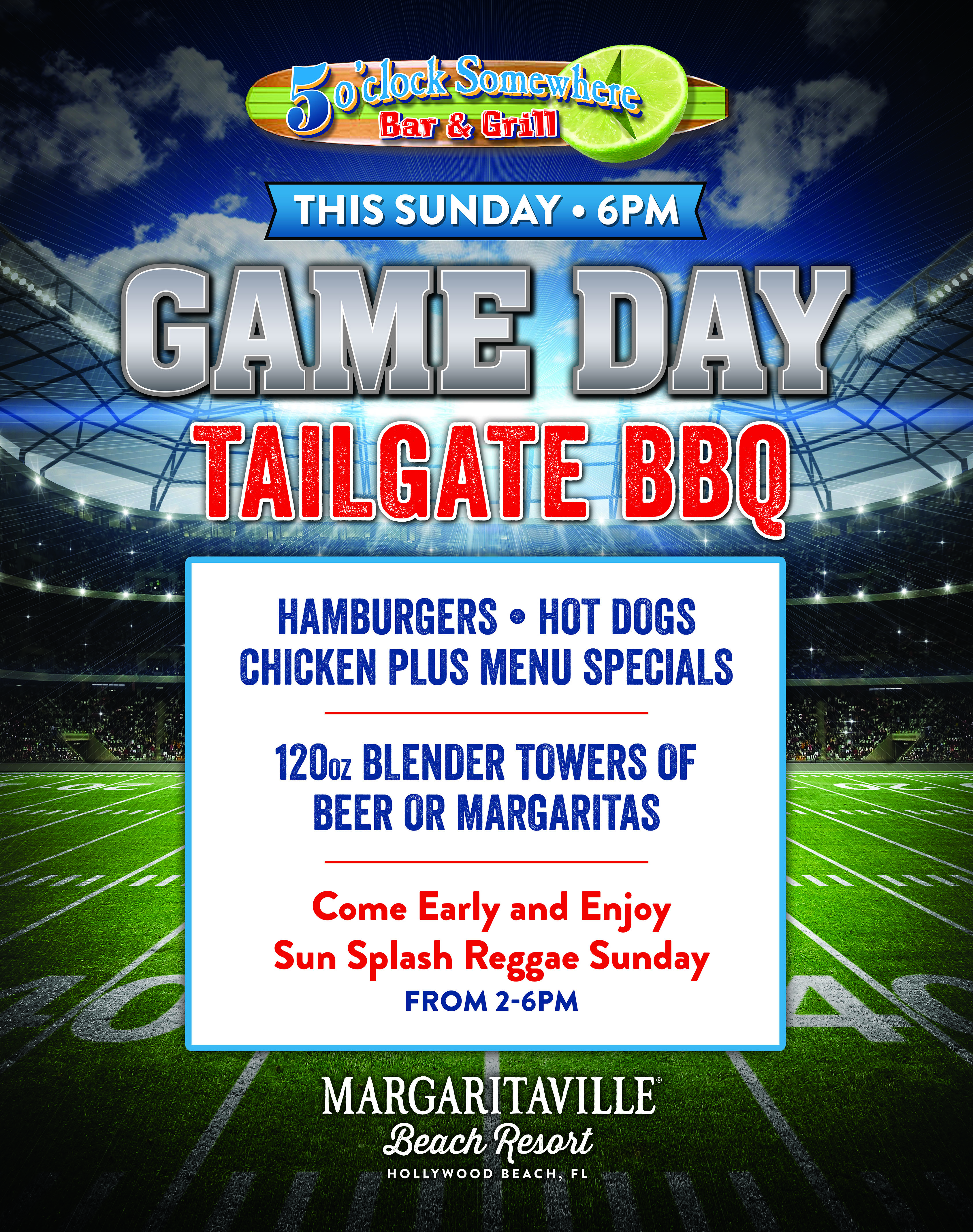